The founding members of the Hellenic Tech Network #hellenictech (in alphabetical order):

Dimitris is a software developer at Vivacity, a fast-growing technology startup that develops AI solutions to reduce congestion and promote active travel in road networks. Dimitris holds an engineering degree from the University of Cambridge. 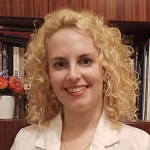 Zoi is a doctor in neurology with both a medical degree and a DPhil (PhD) from the University of Oxford. She is a lecturer in medicine at the University of Oxford and a Clinical Director at the large American pharmaceutical company MSD. She is responsible for translational drug development as well as for running global clinical trials in neurology, in infectious diseases (eg. antiviral drugs) and in other specialties. She is an experienced Medical Director with a demonstrated history of pioneering the pharmaceutical and clinical research industry. She is an award-winning academic with a proven track record of publishing and presenting at global conferences.

‘Marina Antoniou is a banking professional with experience in first and third line of defence of financial institutions globally. She specializes in capital markets risk assessment with a focus on conduct risk and banking regulatory remediation projects. She has led global transformation initiatives launching automated solutions to mitigate operational risk. She designed and implemented a global strategic automated solution to mitigate conduct risk for a Top Tier bank. She also hold a number of regional Head of Audit roles at Citigroup where she received the Global recognition award for her performance. Previously, she worked on due diligence projects during M&A banking transactions, corporate valuations and restructuring.

Marina is a qualified Chartered Accountant and member of the Institute of Chartered Accountants in England and Wales. She completed a Technology Entrepreneurship course at Harvard. She also studied FinTech at the University of Oxford Said Business School, during which she developed a FinTech innovation idea aiming at fundraising for people impacted by natural disasters. Marina studied Investment Management at the London Business School and has an MSc in Economics & Finance from Warwick Business School.

Marina acted as a mentor for the University of Warwick as well as the Global Thinkers Forum. She is a Warwick University Ambassador and an Executive Member of the Warwick Business School Finance Network, organizing Finance related speaker series events at The Shard. In the past, Marina also sat at the University of Warwick ‘Audit & Risk’ Committee. Marina is an Executive Board member of the ‘Hellenic Centre’ in London. She acts as a guest speaker at conferences globally specializing in subjects such as leadership, innovation as well as conduct risk.’

Alexandra Choli is an ecosystem pioneer and early stage tech startup investor. For over a decade she has been working with and investing in ground-breaking tech companies across industries, including healthtech, e-mobility, and edutech, and has founded and operated high-impact ventures in Greece and Europe.

In 2011, Alexandra founded Metavallon, a model social enterprise that spearheaded the formation of the startup ecosystem in Greece, and four years later she launched Metavallon Ventures Limited, a micro-fund and that introduced pre-seed investments and startup acceleration in the country. As such, Alexandra and Metavallon have been featured in publications, including the “Female Entrepreneurship: An Approach to Greek Reality”, and have inspired case studies taught in the Athens University of Economics and Business. In 2018, she co-founded and became a Partner at Metavallon VC, a €32mm venture capital firm investing in very early stage technology companies in Greece and Europe, with the European Investment Fund as an anchor investor in its inaugural fund. Prior to all ventures Metavallon, she worked in operations, management, and business development at several early-stage & small- to medium-sized businesses, both for-profit and non-profit, in Greece, UK, United States, Nicaragua and India.

In recognition of her pioneering work and entrepreneurial achievements the past decade, Alexandra was featured among Fortune’s 40 Under 40 in 2020 and was presented the ‘Entrepreneur of the Year’ Award in 2018 by the British Council. She holds a Masters degree in Mechanical Engineering from University College London and a Master of Business Administration from New York University Stern School of Business, where she specialized in entrepreneurship, social innovation, and strategy. 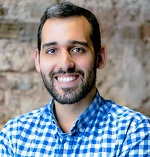 Pieris Christofi is a Product and Operations lead at Palantir Technologies which he joined in 2017. Since joining, Pieris has focused on digitalisation projects in large companies and has led development teams in implementing product solutions across a number of industries including shipping, insurance and energy. His current product focus is on privacy enhancing technologies with an emphasis on governance, access controls and data retention. Prior to Palantir, Pieris worked at Moody’s Analytics where he focused on regulatory technology solutions. Pieris holds a BSc in Economics, Statistics and Applied Mathematics from Warwick University and an MSc in Statistical Science from the University of Oxford. Pieris has also served as a Reserve Special Forces Officer in the Cypriot National Guard. 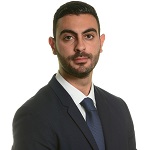 Frixos is the managing director of Crowdbase, the first investment-based crowdfunding platform in Cyprus, with the aim to provide an alternative financing solution for innovative ventures. In the past, he worked in investment banking, insurance, wealth management and the technology sector. Frixos has a Master’s in Financial Analysis from London Business School and a bachelor’s in Economics and Finance. 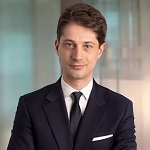 Louis is a partner of Loizou & Co, advising technology start-ups and high-growth companies on business strategy. Previously, he worked for Citigroup, Barclays, Kleinwort, Her Majesty’s Treasury and the Competition Commission in London. He is the Chairman of the Hellenic Bankers Association-UK and a Liveryman of the City of London. He graduated from the University of Oxford and LSE. 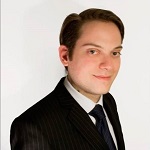 George is a Senior Machine Learning Researcher at the Applied AI team in JPMorgan working in weak supervised learning and Gaussian processes models. Before that he helped build the Machine Learning and Data Analytics capabilities of the JPMorgan Digital Bank in the UK and co-led the COVID-19 predictive collaboration project between UCL Mathematics and JPMorgan. He has 10 years of experience as a ML researcher and a statistical modeller in the financial sector, including Barclays Investment Bank and asset management companies. He did his MSc at UCL in the Computational Statistics and Machine Learning department and has two US, Machine Learning, patents under his name. 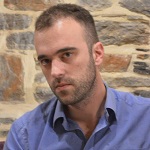 Loukianos is currently the Lead Data Scientist at Cambridge Quantum. He is involved in R&D of AI methods in financial forecasting as well as researching quantum computing extensions of popular algorithms. Loukianos has over 10 years of experience and prior to CQ he had been a postdoctoral researcher in AI methods for Neuroscience and Biomedicine. He has contributed in over 40 publications in high caliber journals and conferences and has led multiple interdisciplinary collaborations between engineering and medical teams. 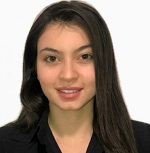 Irene is a Biomedical Sciences (BSc) and Translational Neuroscience (MRes) graduate of UCL possessing solid research experience in the field of cellular and molecular biology. Being intellectually curious about health and disease, Irene is driven to gain a deeper understanding of the fundamental basis of cell behaviour relevant to human disease through pursuing a Ph.D. Having biomedical research as a tool, she aspires to uncover the mechanism of disease at a molecular level and thus contribute to improving early diagnosis, prevention and treatment of intractable diseases through utilising emerging medical technology and biotech methods. 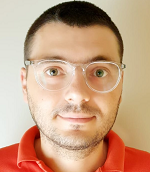 Nikos is a Senior Manager at the Capital Risk Management Team of Revolut with a focus on building the stress testing capabilities for the Group consolidated entity. Prior to that, he was responsible for supervising a variety of UK banking entities (from major Banks to new fintech firms) as a Senior Supervisor in the Bank of England. But, before life in finance, he spent many years working in (or more precisely enjoying) various disciplines in Physics, from astrophysics (as undergraduate and MSc student) to condensed matter (as PhD student at the Aristotle University of Thessaloniki) and to nanoparticles (as a Postdoc researcher in the Université de Montréal).

Chrys is currently the Head of Business Development and Partner of a PE/VC Investment Manager, Susten, which allocates capital in unlisted and listed opportunities related to Energy Transition. Before joining the VC world, Chrys spent over 20 years in financial markets, in both Investment Banking and Wealth Management. Chrys worked in Tier 1 Banks such as Royal Bank of Canada, Credit Suisse, Citi and Deutsche Bank. During her career, Chrys has been advising Institutional and also Private investors in various financial matters such as investment portfolios, wealth structuring and financing. Chrys’ expertise is within Hedge Funds and Private investments.

Having worked with numerous successful entrepreneurs, Chrys has a passion for new businesses and has been mentoring several European based start-ups in areas related to business development, partnerships and funding. In her spare time, Chrys is contributing to Greece’s FDI efforts by advising foreign companies that wish to do business in Greece. In March 2022 Chrys became a member of the Investment Committee of The British School of Athens (The BSA), a 150 year old British Foundation and Institute for advanced scientific Research in archaeology.

Chrys holds an MBA from University College Dublin and a bachelor’s degree in Banking and Finance from the University of Piraeus. She’s a Chartered member of the CISI (Institute for Securities and Investments) and a Fellow of the RSA.